And A Buck And A Half A Beer 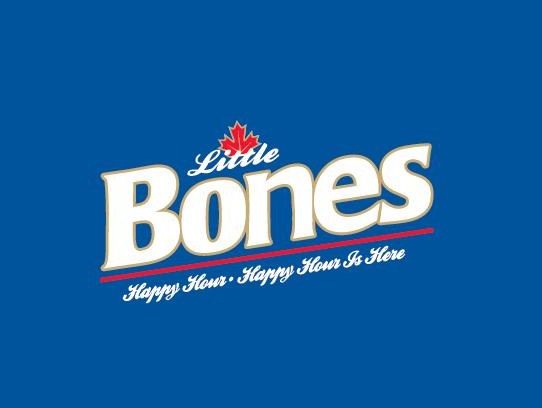 This year Canada and the world lost a musical legend when Gord Downie, the lead singer and lyricist for The Tragically Hip passed away. A little more than a year earlier, CBC, which broadcast the final stop in Kingston, the band’s home-town, on the Hip’s Man Machine tour, on television, via a live web-feed, Facebook, apps and YouTube sources, stated that 11.7 Million people were watching the live event.

The Tragically Hip definitely made their mark on the musical scene.

But the poetry that Downie wrote also made a huge impact on the Canadian psyche.

One of my own favourite Hip songs is the lead single from their 2nd studio album, Road Apples, which was released in 1991.

Apart from the scattering of delightful references to Canadiana in the song, there’s a cheeky little “story arc” in slightly altered lyrics that plays on the concept of Happy Hour. Although the concept of “happy hour” is extremely limited in most of Canada, we have delighted in the manner by which this time is spotlight throughout the United States, resulting in discounted drinks, free appetizers and more.

The opening set of lyrics, which begins painting the scene with what feels like a bar or a pool hall down in New Orleans (where the album was recorded), ie, the “it gets so sticky down here” referring to the humidity, ends with the words:

Two-fifty for a hi-ball and a buck and a half
For a beer, happy hour
Happy hour, happy hour is here

This is a nice nod to the pricing (of the time when the song was written, of course) for a typical happy hour.

But then, in the next block of text, the lyrics make reference to some significant historical moments in time, and then twists the happy hour menu to state:

Two-fifty for a decade
And a buck and half for a year happy hour
Happy hour, happy hour is here

It’s a wonderful twist on the menu items by introducing timelines that might parallel the alcohol percent of a highball compared to a standard light draft beer.

A little further along in the song, after the humorous reference to the consumption of chicken wings with “baby eat this chicken slow, it’s full of all them little bones” there’s a return reference to some of the rituals more familiar back in New Orleans. (“coffin cheaters” dancing on their graves might just be a cheeky reference to the voodoo and zombies from New Orleans/Haiti culture). And, of course, with that comes the additional menu item twist.

This last set, of course, works fittingly well with the original setting laid out in the first block of lyrics because one can see how they might even refer to body parts that might get injured in a bar fight.

So you get a circular reference within the pattern repeated in the lyrics and a constant drum-beat return to the concept of happy hour, all in a catchy song that is one of the band’s most beloved hits.

I suppose the only real beer in this song (other than the inferred beer in the concept of happy hour, and the great 1.50 price mentioned in the opening lyrical set), might be the delicious Sergeant Stripes export stout from Beau‘s that I am enjoying while writing this. Yes, more delightful Canadiana from a brewery that, like The Tragically Hip, has amazing heart.

Cheers to the music of The Hip, cheers to a great brewery like Beau’s, and cheers to Gord Downie!

2 thoughts on “And A Buck And A Half A Beer”