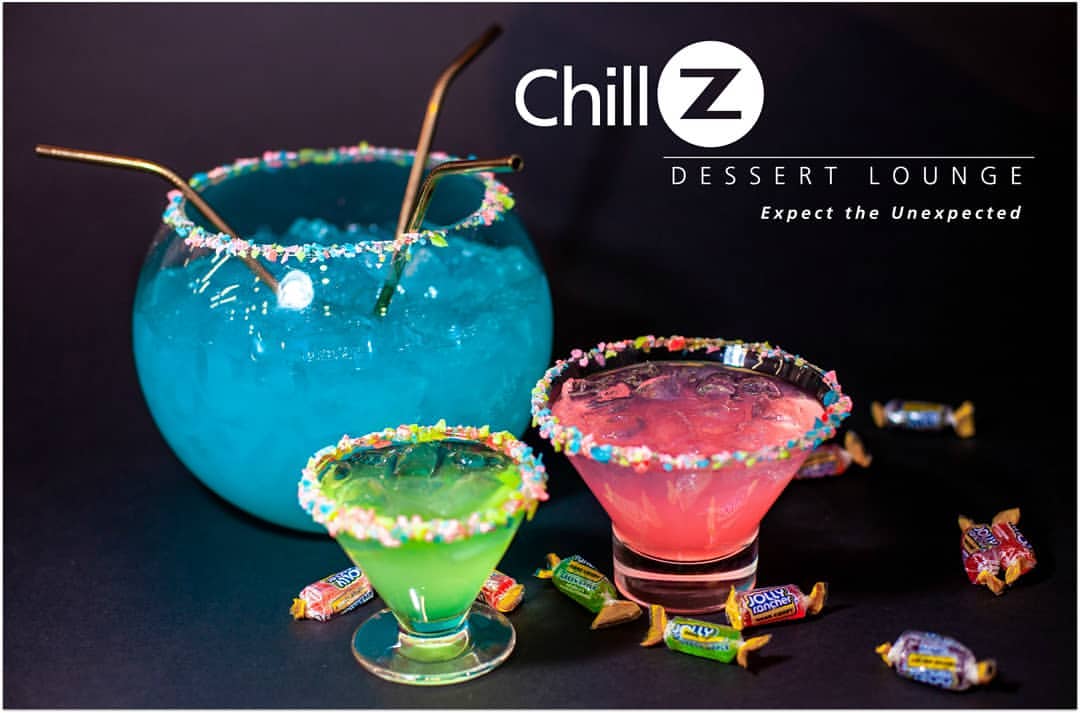 Yesterday, on a quick late afternoon stop in Barrie, I had the chance to check out a cool little Barrie hotspot that I can imagine gets quite packed in the evenings.

Chillz Dessert Lounge in downtown Barrie, has “expected the unexpected” as their motto. And it’s perfectly fitting.

The cozy, chic and colorful interior creates a wonderfully intimate spot for post-dinner desserts and cocktails, and, on a warm summer evening, the back patio, facing Barrie’s waterfront, gets late afternoon sun; ideal for hanging out with friends.

Chillz is attached to Barrie’s popular Swirleez Frozen Yogurt, a family-friendly and dynamic spot at 89 Dunlop Street East in Barrie (beside Memorial Square and across from Heritage Park). And the two sister businesses perfectly compliment one another.

But back to the unexpected. I had been expecting some interesting frozen desserts (hence the “chillz”) and some interesting and colorful cocktails. But I was blown away when I saw the breadth of the menu and realized that, even though I’m a big guy, there was no way I would be able to eat all the things my eyes told me I absolutely wanted.

I had been expecting mainly dessert dishes, but was pleased there was a decent selection of meal-stand-ins. (I mean, crepes and waffles are an excellent dinner replacement, right?) But the Hors D’Oeuvres selection was enough for a wonderful light meal in and of itself, so I started off with their delicious hot artichoke dip and a refreshing and hoppy Flight Delay IPA from Barnstormer Brewing. (Chillz has a selection of several of this Barrie brewery’s beers as well as a rotating guest beer – at the time, they had a blonde from Toronto’s Amsterdam Brewing Company). 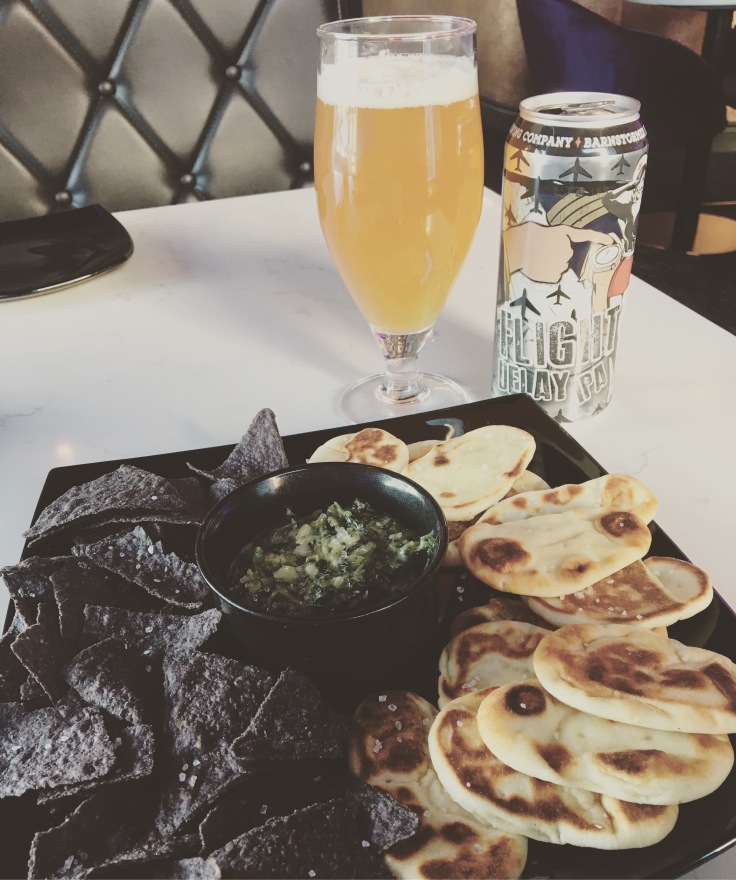 Those two went well together, although I’m sure I would have also quite enjoyed the jalapeno pretzel with that same IPA.

To finish up, I enjoyed the Vegan Luscious Lime Cheesecake and the Velvet Galaxy cocktail that, when the late afternoon sunlight caught it just right, sparkled brilliantly. That combo was suggested to me by my server, Kim, and it was also an excellent pairing.

While beer is always my go-to drink of choice, the incredible selection of fun-looking cocktails was enough to make this beer-lover want to further expand his drink choices. But one thing I like is that with the great local brew offering combined with the other spirited selections, this creates a great spot for beer and non-beer drinkers to have plenty to choose from.

Because I had to be back on the road, I then made a quick stop at Swirleez next door to get a rich dark roasted coffee to go as well as a custom-topped salted caramel frozen yogurt treat. (The yogurt was so delicious it didn’t even survive until I got back to where I had parked)

What I also love about the location is that it’s just a hop-throw away from the awesome The Flying Monkeys Brewery. Meaning that, an ideal Liz and Mark evening would be hitting the Monkeys for beer and some food, then popping over to Chillz for dessert and a post-dinner cocktail, then grabbing a delicious coffee to go (and maybe even a frozen yogurt to share) from Swirleez and walking along the gorgeous downtown Barrie waterfront.

And because there were so many fantastic and delicious looking options on the menu, I know I’ll be stopping in there again and again any time I am in the area.