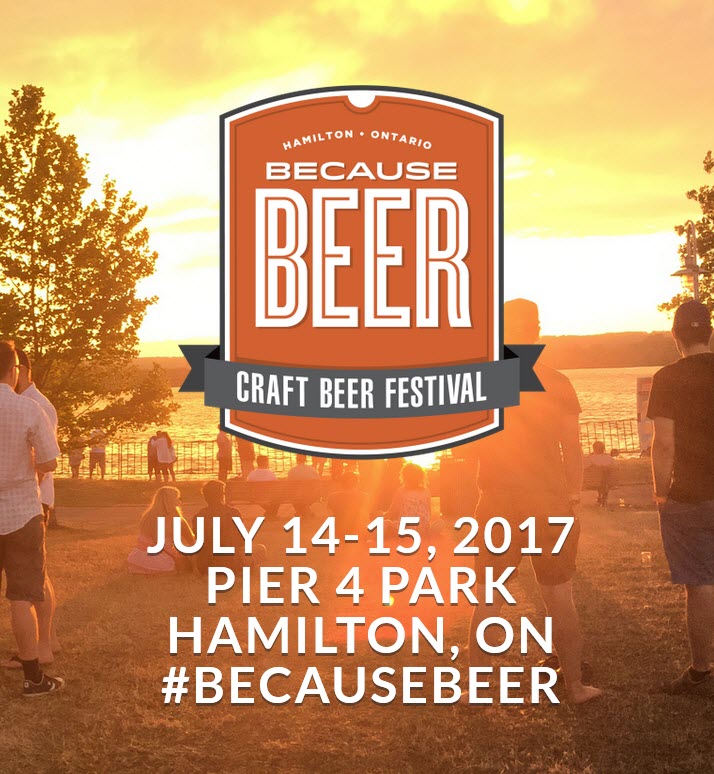 Because Beer is an annual summertime beer festival that takes place in Hamilton at Pier 4 Park (64 Leander Drive). It is a wonderful opportunity for people to discover beers from a selection of hundreds of different taps and dozens of breweries. Not to mention an opportunity to mingle with other beer aficionados, listen to some great live music and grab food from a dozen or more delicious food trucks.

This is our third Because Beer festival and it’s one of those beer fests that is always a priority to attend (and not just because it’s only a 3 KM walk from my place – NO DRIVING INVOLVED! Bonus!)

There were a good number of delightful new beers to enjoy as well as a number of classic favorites to consume as well.

While I enjoyed many of the beers, some of my personal highlights from this year included Space Invader (Single Hop Pale Ale) from Amsterdam Brewing Company . . . .

Of course, those are based on my ratings on Untappd from the afternoon and night. I was so busy enjoying the taste (it was a delightfully hot day after all) to pause to make any notes. I just sipped the beer, took a quick pic and gave a rating, likely verbalizing what I liked, but any notes I might have made have escaped me.

Liz and I realized we were wearing the same shirts we’d worn at our first Because Beer festival so tried to re-create the “selfie booth” picture that’s still one of my favorite pictures of the two of us.

But it was much funnier when our buddy Pierre borrowed her shirt and tried to re-create it with me . . . .

(Pierre is pretty and all, but I’m a bit partial to Liz). Liz and I settled on going for a NEW pose instead . . .

But, in all, Because Beer pulled off another spectacular weekend event that was enjoyed thoroughly.

Already looking forward to Because Beer 2018!