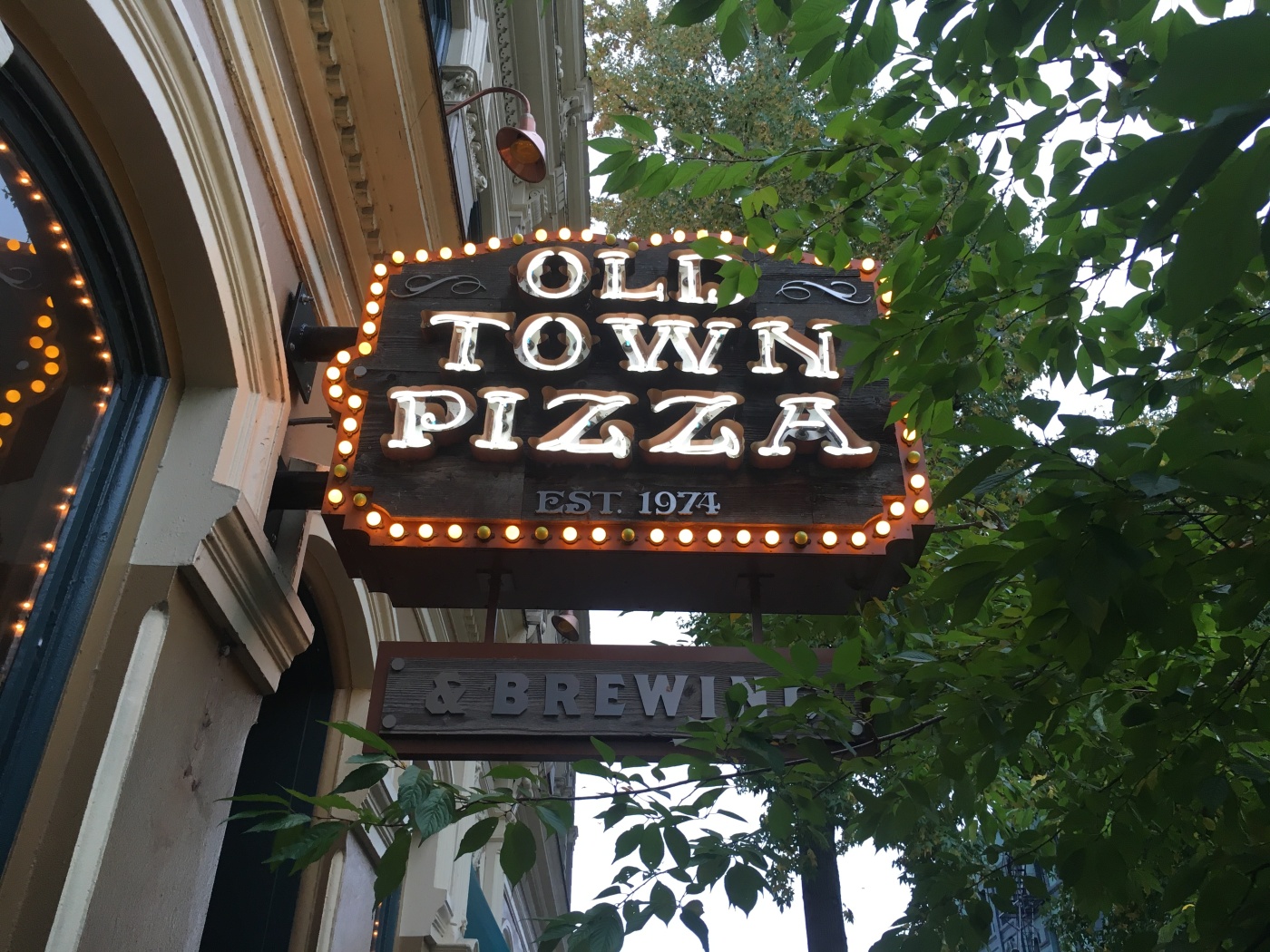 One of the stops on the tour was Old Town Pizza & Brewing.

Opened in 1974, Old Town Pizza is located in the old Merchant Hotel building, which had been built in 1880 and was known for offering one of the oldest professions in the world: prostitution.

As the legend goes, one of the young “working women” was named Nina (pronounced “Nigh-na”), who had been sold into this life by a thriving white slavery market. Traveling missionaries convinced Nina to share information with them in exchange for freeing her the life she had been forced into. Nina cooperated with them but shortly afterward was found dead, her body apparently pushed or thrown down the elevator shaft.

That same old elevator shaft is now a cozy little booth at the rear of the restaurant, where strange things have been reported. Is it Nina whose ghostly whispers can sometimes be heard echoing in that little booth? Was it the ghost of Nina who carved her name in the brick of the old elevator shaft? Is that eerie gliding specter in the black dress occasionally seen moving elusively through the dining room or sometimes seen wandering through the basement evidence that Nina is still hanging around?

We didn’t see or hear anything ourselves. One of the other tour attendees had a hand-held meter that is meant to detect paranormal activity. We did watch as, when they moved into the tiny little back room booth, the meter started to indicate some sort of presence.

Of course, considering that the building was built directly above Portland’s infamous Shanghai tunnels that were used to house kidnapped sailors during the early 1900s, there might be spirits of others whose lives were cut short looming about in the dark.

Regardless of whether or not you believe there might be spirits of old shanghai’d sailors haunting the building, there is one element of that which continues to linger in my own memories of the place. And that is the Shanghai’d IPA from Old Town Brewing, one of the beers we enjoyed there while on our tour. It was a delightful mild hop beer.

Because we were on a tour and had to move on to the next location, we never did get a chance to sample the pizza. All that means is we need to return; because I’m positive that the IPA would go excellent with their house special: A pizza made with pepperoni, salami, mushroom, black olive, bell pepper, and homemade Italian sausage.

One thought on “Pizza, Beer and an Old Town Ghost”