Mixing Drinks with Other Passions

It’s interesting how a person’s passions can blend or mix and create an intriguing concoction.

Take this website (and the forthcoming book that inspired it), for example.

Spirits Untapped was derived from my passion for sharing tales of ghostly locales mixed with the passion that Liz and I have for craft beer and discovering great places and people within the craft beer culture that we adore so much.

Sometimes, though I wear multiple hats. Even just in my role as a writer, I slide back and forth across those realms, not even conscious of the ongoing back and forth crossovers.

For example, last Friday, when I was recording a Free Friday Frights segment to discuss the ghost of Jack Kerouac haunting a bookstore in St. Petersburg, Florida, I couldn’t help but segue into a great beer spot I had discovered in the neighborhood that same afternoon.

Shortly after my visit to Haslam’s Bookstore, I walked down the street to the Urban Brew and BBQ and enjoyed some delicious BBQ and a few beers. Fortunately, since I use Untappd to record my beer check-ins, I was able to find the date and the beers that I had had.

I enjoyed three delicious beers with my lunch. The Steampunk Pumpkin California Common from Barley Mow Brewing (I do enjoy pumpkin beers every fall season; the Black Light Lager from Turoni’s Pizzery & Brewery; and Shooter Brown, a Sept to Nov seasonal from Pair O’Dice Brewing which was on nitro and was my favorite of the three.

You’ll notice that, when enjoying the final beer, the picture of the glass is messy and has sticky fingerprints all over it. That’s because that one had come in the middle of me enjoying the awesome BBQ.

I didn’t, however, try any of the beers that they brewed (shame on me), and that’s something I’ll have to rectify on my visit this fall.

Also, I discovered, when going to look up the name of the place, that there are at least two other fun looking beer spots in the neighborhood . . . Taphouse 61 and Cage Brewing. 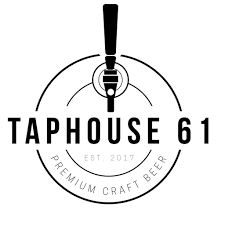 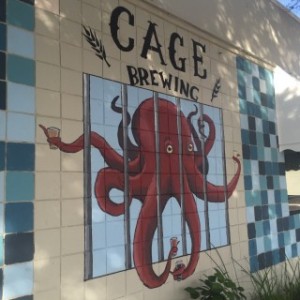 This means, of course, that it’ll have to be more than a quick hour-long trip, but, rather, a whole afternoon.

Of course, on a trip there in 2016, I discovered, within a decent hike from the St. Pete’s Beach area I was staying, Mastry’s Brewing Co. Since that is walking distance, and there’s a great pizza place across the street from it, I’ll have to do that one on another day.

Speaking of Mastry’s I think that one of the best beer pics I have snapped over the years was one of their Beach IPA which I had taken on the “outdoor” section of their brewery while talking with one of the brew masters.

I love how much this image captures. The brewing equipment, a brewer hard at work, the reflection on the top of the bar from the late afternoon sun, and the subtle sweat on the glass of the recently poured cold IPA.

Just looking at that deliciously hoppy beer sweating in the late Sept humidity is another reason I’m looking forward to returning to St. Petes.